Backstage at the closing ceremony of FESPACO film festival, Ouagadougou, Burkina Faso (2013). The rhythms and sonic textures these musicians were producing were out of this world, from some kind of deep ancient future. Naturally I was in heaven (and my recorder heavily in overdrive).

Currently I’m working on a truly exciting collaboration that enables me to revisit my experiences in West Africa and imagine possible futures – probably my most favourite creative activity ever. I’ll post more info on this later when it’ll become more actualised. This project has made me realise that we are probably drawn to and occupied by the same ideas and possibilities throughout our lives: my first memory of making music was when I was six years old and I was trying to imagine a possible African landscape after seeing a documentary about “a village somewhere in Africa”; I’d become tantalised by its atmosphere, scenery and soundtrack so much that I’d wanted to recreate that distant, another world with the electronic organ at our home. And here I am, doing exactly the same thing 37 years later.

But what is it about this particular idea that keeps occupying me?

It’s about redesigning our society, our politics, our economy. No more poverty, no more inequality, no more conflicts, no more ideologies (e.g. the outdated and unnecessary left-right politics). Just conscious, intelligent, healthy, long-term outcomes. We could easily live in a world where no one has to struggle for living, where everyone is taken care of, where people can enjoy living instead of having to earn living, where the nature and the humanity continue to flourish in balance, where the world lives in deep freedom (a concept by the economist and philosopher Roberto Mangabeira Unger – find out more here) – and where the prosperity and growth come from us thriving as conscious and active citizens of the world and not from us struggling as passive consumers tied to the unsustainable, elite-serving capitalist system. We only need to change our outdated political and economic systems – and music and the arts are already way ahead in this act of rethinking, reimagining and redesigning, waiting for the politics and economics to catch up.

This idea is equally about borders, nations, nationalism, tribalism, cultures, ethnicities and origins: inhabiting a possible world beyond and in between all the these arbitrarily maintained divisions; belonging to and being a citizen of Earth instead of any arbitrary nation. Cultures and differences are reasons for celebration and cooperation – harmonious disagreements – not for inharmonious disagreements, conflicts and walls. We humans are all different but equal, cohabiting this tiny planet equally with millions of other species: Earth is the shared home of everyone and everything. When you are making possible musics – multicultural, transcontinental, imaginary and hybrid – you are not actually trying to imagine a possible future, you are simply trying to show the actual reality amid all the ideologically constructed, artificially maintained divisions that we keep wasting our precious resources on.

My new album, meanwhile, will be out in mid June (it keeps evading all the titles and verbal descriptions, that’s why). Please, do stay safe and healthy X 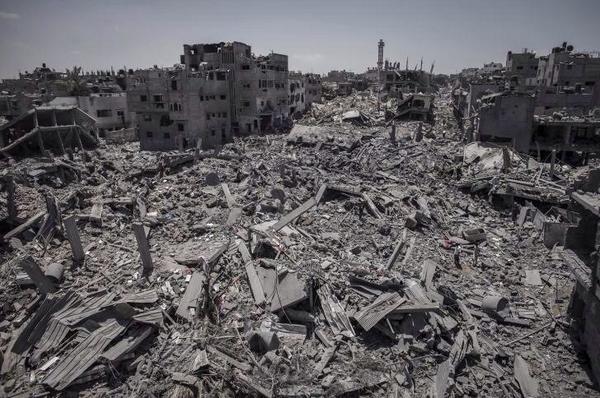 One of the most horrendous atrocities of our time is the continuing occupation of Gaza and the inhuman treatment of its citizens by Israel.

Israel is operating not as a democracy or a civilized nation but as a criminal, apartheid terror regime, and its government should be prosecuted for its genocide of Palestinians.

These are not any extreme words and views, but a common human sense; sensible reaction to Israel’s actions.

For there really is no sensible nor factual arguments for Israel’s actions, only those of subjective extremist beliefs based on an ideology.

To justify the occupation and illegal settlements, the imprisoning and killing of innocent civilians including children and women, and so forth and so forth, by Palestinians having shot rockets, exploded bombs, throwing stones and demonstrating peacefully…well how on earth do you expect people under oppression, illegal imprisonment, slow genocide, and with their land stolen etc. etc. react? Should they just politely and silently accept their unnecessary situation, without resistance? How would YOU react if your land was stolen from you and you were separated from your family and friends, and sent into a concentration camp with no freedom nor future? Wouldn’t you object?

To claim an ownership to a “homeland” is one of most ridiculous and juvenile things one can ever hear. [oh dear humanity, will you please grow up] There is no such a thing as ‘homeland’ or ‘ownership’ – these are all just man-made inventions, forms of ideological extremism. Life is an accidental emergence in this particular universe, and we are all made of specks of dust scattered around this universe, living on another, slightly larger speck of dust we call Earth. We are all made of the same matter, and we happen to inhabit the same solid rock in this particular solar system. Earth is our home, our shared home. There are no homelands or sacred lands or nations or borders – just a rock planet with billions of species. What matters is how we share this space, not who owns what.

We have the potential – skills, willpower, consciousness – to live as an enlightened, cooperative, sustainable species on this tiny orb filled with the wonder of life. But for some reason we continue to let the juvenile, imbecile, unimportant and totally unnecessary whimsies of some ephemeral ideologies dictate our survival and future potential on this unimaginably gorgeous planet. 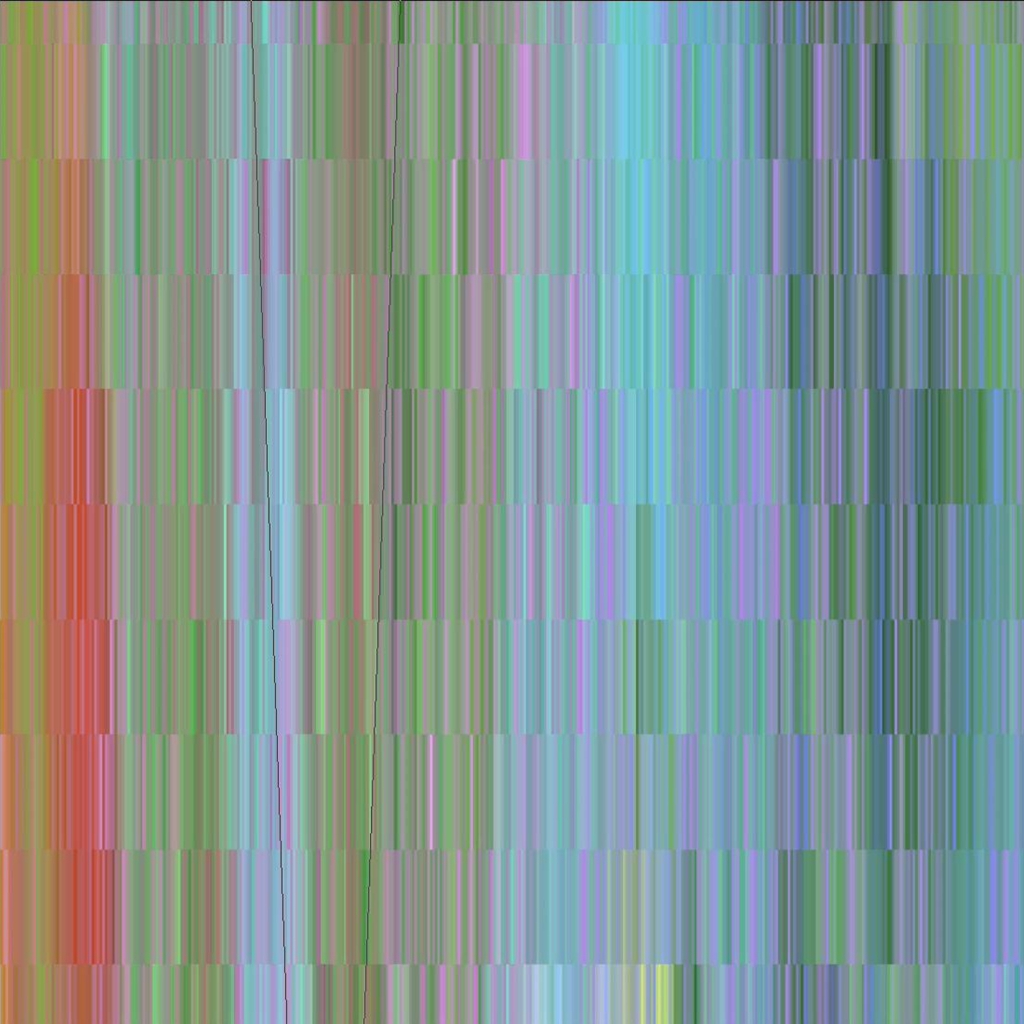 My new album Pulses / Radiance is now available for streaming + download on all the major digital services worldwide, incl. Spotify, TIDAL, Amazon, iTunes, Deezer, Google Play, Juno and many others.

I’m really excited about this album. It’s the first time I’m going musically somewhere that feels my ‘own’ (in the most unselfish sense), as if I’d discovered a hidden lush valley or an unexplored forest. While the music has traces of some of my dearest musical influences, like those of Fela Kuti, Ali Farka Touré, Björk, Steve Reich, Brian Eno and Jon Hassell, it’s no longer concerned about trying to emulate any of those, fit into any established genre or aim for any popular sound: it’s free, exploring its own musical direction with abandon and commitment.

The album explores immersion, repetition, new rhythmic landscapes and music as gradually evolving, constantly living condition where the changes happen more on a micro- than macro-level.

The idea and inspiration for the album is the underlying brilliance and potential of life when not wasted by ideology, belief systems and unnecessary societal designs; the cities, communities and nature, and the energy, vitality and the potential they exude; the concepts of ecology, emergence and complexity; multiculturalism, cooperation, coexistence; the intelligence, emotional depth and overall potential of humanity; and the wonder that is this living, breathing planet amid an endless and lifeless (so far) cosmological “miracle”, the universe.

Humans are one of the most conscious species on this planet, and with this consciousness comes a responsibility. When a consciousness enters the game of evolution, the Darwinian (and often misunderstood and misquoted) idea of “survival of the fittest” goes out of the window: one can always choose to cooperate instead of competing. We are here with a rare chance to assist the life evolve further, not to conquer, exploit and destroy it for our brief economic and consumerist high. We have a tremendous opportunity and responsibility to nurture and evolve life on this planet into something marvellous, sustaining and inspiring – for the future generations, but also for the simple fact that the Earth is the only place where the life exists, although precariously, in the known universe. What is the point of the alternative: to sacrifice everything for the short-term value of shareholders? To fuel the greed of the fossil-fuel industry? To serve an economy which is designed only to increase the wealth of the 0.1% of humanity? To halt the natural progress by uncritically following the imaginary world-views and worshipping imaginary gods that our more primitive ancestors came up with? We have the key to turn this planet into an exciting orb of mutual celebration, enjoyment, cooperation, togetherness, creativity, experimentation, shared wealth, natural wonderment, love, freedom, and fertile playground for the further space exploration instead. And we actually have the intelligence, skills and resources to do this right now.