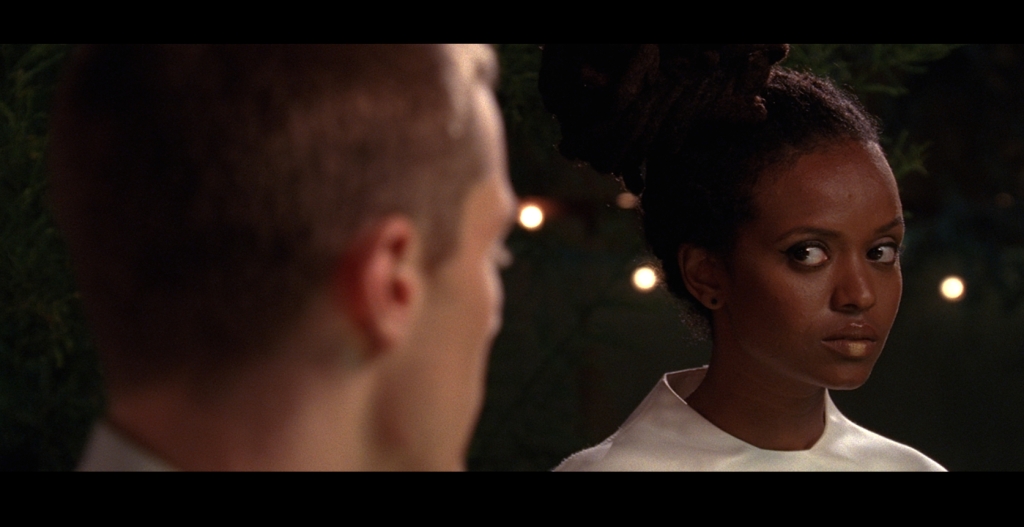 Tied And True on Vimeo

I was asked by the directors to provide some pre-existing pieces of mine to be used in the film, and I sent them a batch of several tracks, for them to use the tracks in any way they wanted. In the end, three pieces were included: A Scent From Afar (2006), Shinjuku Morning (2002) and Obalende Moonlight (2012).

“Wu Tsang & Nana Oforiatta-Ayim’s short film explores narratives of inclusion and otherness in a world in which relativity has liberated our sense of difference, de-centered the margins, and where, paradoxically, inequality and racism are more prevalent than ever. The film Tied and True (2012) is set in a hybrid landscape made up of St Louis, Senegal and Los Angeles, USA and inspired by films including Douglas Sirk’s All That Heaven Allows (1955) and Rainer Fassbinder’s Ali: Angst Essen Seele Auf (Ali: Fear Eats the Soul, 1974). The main characters include a Senegalese royal and a British working-class interloper. Their love, illicit in the eyes of the world, at first triumphs, then falters, the pressures of the outside world internalised, leaving us to question whether the equaliser of love and connection can win out against the constructions of difference and self.

Tied and True is a Frieze Film & UKS Co-Production.”

UKS, Nothing Is Forgotten, Some Things Considered, Oslo, Norway, 2012