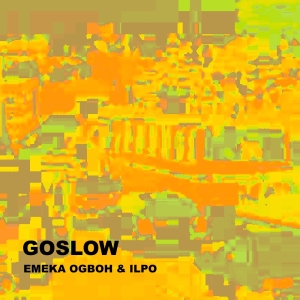 Go-Slow (2:59) is composed entirely of car horn sounds heard in Lagos traffic. The sounds have been taken from Lagos soundscapes recorded by Emeka Ogboh, and rearranged, treated and played by me. The idea has been to elevate a mundane, chaotic and stressful situation (go-slow = traffic jam) into a more contemplative and sensuous ‘jam’.

The piece was presented as part of Saout Radio’s public art project here. now. where? in the Marrakech Biennale, Morocco, 2014.