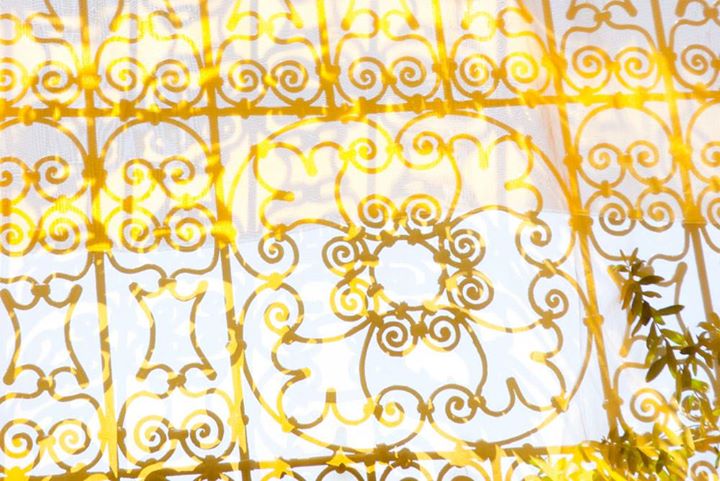 There may be a lot of reflection going on around the world, new hopes and dreams being dreamed, old habits buried, resolutions made (and buried), changes put in motion, visions cleared. (I know I have). We have this desire to keep renewing ourselves, and although we can do this any time anywhere, at least the change of the year provides us with a wider cultural climate to do so.

I had my New Year’s walk on the first day which has become a sort of tradition, originating, I think, from my university years when I used to walk home from the NYE parties the following mornings: the usually freezing winter air seemed to cure my hangover and I thought of it as a nice way to ease myself into the year. This time no hangover to cure, but it was cold, crisp, wintry and absolutely refreshing. I climbed to the top of my local park which is by the sea, and the opening scenery made me completely gasp in awe: frozen sea spreading all around into the horizon, reflecting blue and orange and purple from the clear sky above, in a landscape lush of snow and ice. Few small islands with trees and wooden huts covered in white, like frost sculptures rising from the sea… The sun was setting over the sea and the world was engulfed in a golden light. There was steam hovering above the surface of the sea, giving the landscape an air of mystical allure. ‘Wow, this is the new year I got up to!’ I thought. I descended from the hill and walked along the shore, and my heart kept leaping into huge joy when watching the golden sun with the infinite sea and a distant ship disappearing into the horizon; observing an army of ducks totally motionless on ice, as if frozen, one individual farther in the sea gazing toward the sunset and infinity as if sensing something different; feeling the pristine air; being gently blinded by the snow and the sun; and seeing other people stroll harmoniously around, seemingly touched by the nature. The world looked fresh, infinite and golden – what a good setting to start the year.

Watching the world, I often get this impression (and increasingly so as the years pass) that as if there were two different conversations going on in the world and about the world, two different realities, even. On the other hand there’s this world as we mostly know it (through the news, media, society and everyday life), with all the politics, ideologies, traditions, histories, cultures, global and local problems, worries, challenges and so on, and this conversation of the world is what mostly concerns the media and the general public. On another hand there is this world with all these people, of all ages and sexes and backgrounds and colors, all over the world: making, doing, creating things, new things, going on about their lives, pursuing dreams, making things happen, thinking, imagining, dreaming…as if none of the aforementioned conversation of the world would concern or touch them! For example, when I read the news and follow the conversation in the media and the society, I get a certain picture of the world; but when I look at, say, my friends and people I know around the world (and people that they know and so on and on…actually, connected webs of humanity start to come into light here) and the amazing and interesting things that they do in architecture, sciences, childcare, literature, design, education, art, music, dance, film etc., a very different picture of the world arises – a world somehow a lot more exciting and hopeful than the one conveyed in that other conversation. This world and the conversation in it don’t seem to have much room for politics, ideologies and traditions but people in it are equally concerned about the world, aware of what’s going on, yet they often approach the problems and solutions from a different angle to those in the other conversation: through new ideas, thinking, doing, collaboration, experimentation, play, passion, intuition!

It was Robert Fripp who in the early 1970s talked about ‘old world’ and ‘new world’ and how the culture was divided between these two. Having just left King Crimson, he cited things like prog rock and Richard Nixon as being ‘old world’ and small mobile things and his new collaboration with Brian Eno as ‘new world’. Of course this was done tongue in cheek a bit, but could as well be just a bit: there are old models to view the world, and new, often yet to be fully grasped, ways. And I know that what I’m writing above is just simplistic and coarse, deducted from my naïve impressions for the convenience of this blog: the world is more complex and connected, its workings not always so clearly understood through media; conversations crisscross and happen in multitude of levels. But they are impressions, feelings, experience nevertheless. Our understanding of the world is defined by our attention, where and how we focus it, and that in turn creates the world of tomorrow. The world might appear like a cynical, rigid and even doomed place with its old world politics, ideologies and persistent problems but switch the conversation and you’ll find a lot more fertile and buoyant place: one of collaboration, cooperation, participation, play, care, communality/individuality, cosy solitude, quiet harmony, inspiring silence, refreshing noise. PROGRESS.  When I look at the world I feel deep joy in my heart! It’s a precious but fragile place with plenty of problems, but at least we hold the keys to its future. It’s in our hands.