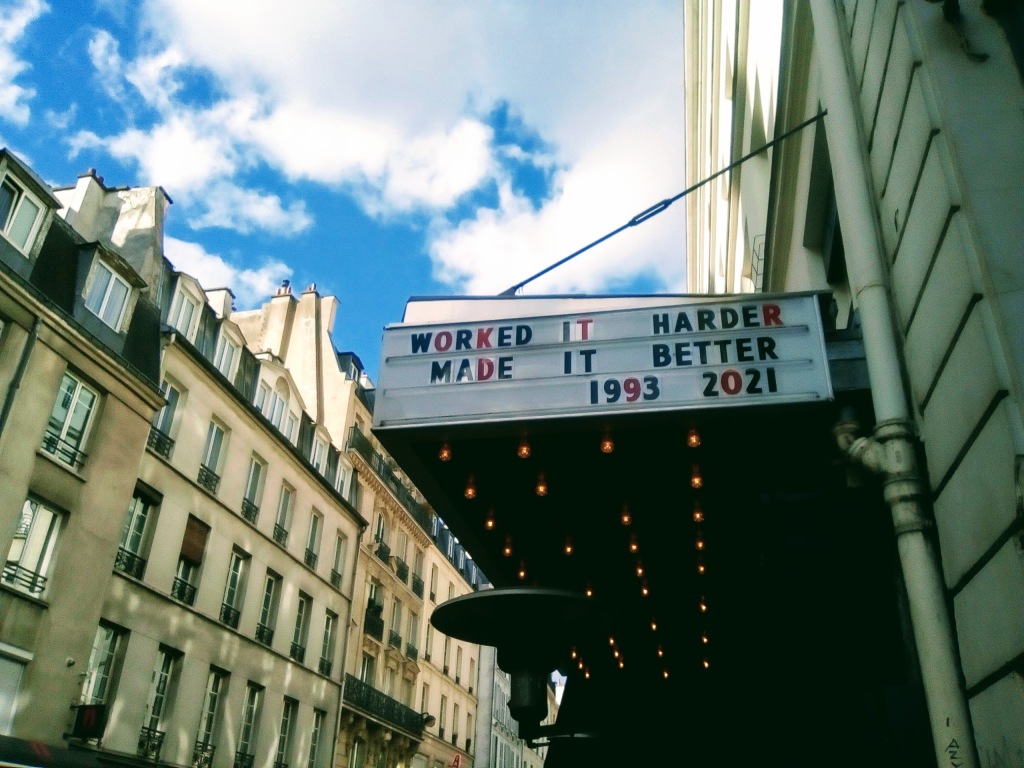 Update from Paris after a lengthy silence (you can follow my more frequent snapshots of Paris and abstract visual “musics” on Instagram @ilpojauhiainen).

Currently I have four to five albums’ worth of material floating around – and every one of these compositions works rather well with everything else. For a while I was playing with the idea of releasing just one album: every time you’d play it, it would choose a different set of tracks from these 40+ compositions, depending on the first couple of tracks and the time of the day. A generative and modular record, in a way. But since it’s not financially possible to finish so many tracks – unless I have a record label backing me (finding a record label that’d understand the territory I’m cultivating has become next to impossible) – I’ve decided to focus on two albums only. Naturally this has presented a new challenge: which tracks to pursue further and to include on these records when everything seems to suggest a fertile new direction.

Both albums are inspired by the sort of global multiplicity and potential that we’re living in – creolization of ideas, if you will. Where Earth Variations I moves through denser geologies with more classical, traditional and experimental musical influences, Interspaces travels through more open landscapes and vistas, drawing from electronic, popular and possible musics; the keywords connecting their desired production criteria read “soulful”, ”purposeful” and “timeless”. Paris has influenced the music enormously, as have my friend’s abstract expressionistic paintings that she’s been creating here during the past year (soon to be shown in her solo exhibition in Helsinki): their vivacity, multilayeredness, delicateness, movement, rhythm and pulse, beauty and sensuality emerging from chaos, turbulence and randomness…have resulted in a kind of evolved richness, clarity and maturity in my music that I haven’t heard before. Both albums will be out in the fall.

Paris is also rather fitting a place to be working on these albums in: it was here that I first got the idea for this kind of “global” music (for lack of a better word) when I first came here as an adolescent in 1995. I was listening to these two Malian musicians on the Pont des Arts, one playing kora, the other electric guitar and singing. I had never heard such music before, and everything about that moment felt so novel and exciting, full of future potential: the electrifying West African sounds, midnight in Paris, being in a global metropolis, meeting these people from around the world, travelling across the continent…I realised I could never be happy making “just” electronic music, it had to have this feeling and texture of the world woven into it somehow.

The question always is how far to develop these compositions though. I can easily hear some electronic parts being replaced or accompanied by real string quartets, intercultural ensembles, gospel choirs…but this would require a whole different level of financial investment. The pioneering Finnish electronic duo Pan Sonic used to always say that what they’re making is actually Jamaican dub and American rock’n’roll, but since they are just two taciturn Finns with electronic oscillators, they leave all those elements out. In a similar way, I’m always working with orchestras and gospel choirs in mind but since I can’t afford them, I leave them out in the final mix.

The theatre/dance production we worked on during the winter is currently on hold due to the pandemic; the related short film has been finished and I’ll share it once it’s being released. My “futuristc jazz” album has been postponed for the future: it simply doesn’t feel so thrilling to me at the moment, compared to the new music that has emerged here. Some of the promising musical collaborations have led to nowhere. My bicycle broke down (now fixed). And Paris…Paris continues to be love, a home in this galaxy of ours.

A long postcard from Paris. Time just whizzes by.

The summer has finally turned into an autumn – the first time I felt my fingers freezing while cycling home late at night. Where did all that heat and endless blue sky go? Into working haphazardly on everything, meeting new people, cycling around Paris, going out, experiencing the city, settling down, pondering, searching for the meaning and motivation to continue making music: releasing albums digitally to muted response just won’t do anymore, I’m honestly done if that’s all there is for the function of music-making!

The end of the summer has fortunately coincided with the start of new conversations and collaborations. Paris, like any location, is an assemblage of different multiplicities, each multiplicity presenting a universe of ideas, encounters, possibilities. As the autumn leaves are preparing to fall, I’ve found myself on a plane connecting one such multiplicity to few others, entering exciting new becomings – meaningful and refreshing expressions of life, creativity and culture, if you will.

One such becoming is with this Swiss choreographer, dancer and director. Finally a long-term project that allows me to collaborate with other talents across the arts and other areas of the society for the next few years (why doesn’t this happen more often, especially since I’ve been more than ready for the past 20 years?). The details of our project may be discreet for now; the reason I bring this up is because it is our long conversations and shared experiences of Parisian culture that finally brought to an end my months-long impasse of trying to find the purpose for music-making. We don’t exist in isolation nor is the digital any answer: we need each other, real feedback and different talents to make the projects and worlds we care about happen. Behind every success story there are dozens of people with different skills working toward the same goal. My work has existed more or less in isolation (and digital ambiguity) up until now – not because I’ve wanted but because I haven’t encountered any like-minded scenes (and sceniuses) so far. I don’t really care about the popularity of my music per se: as long as I feel thrilled and passionate about what I’ve created, that’s all that matters; it’s the greater cultural and societal function of my creativity and dedication that bothers/matters to me.

And with this Swiss artist my long-term musical and societal interests have aligned with hers. Creating and imagining music for her project feels like serving a greater societal and cultural purpose than releasing albums into some digital amnesia that the internet represents.

Alongside this, Paris has presented some of the most fascinating live concerts I’ve experienced so far: between cultures, in a fourth world, between experimentation and tradition, like possible musics of the future (for one, check out the Palestinian composer Kamilya Jubran and her Terra Incognita project – and if you can’t find it, book her trio for your next festival/event

). And I’m excited to say that I’ll be collaborating with some of these artists for my forthcoming albums Sharawadji and Earth Variations. I’ve been working joyously with a kind of “idiot glee” (as the painter Peter Schmidt put it) in my studio for the past week and have to concede once again: there’s so much potential and beauty in everything – so much incredible material – yet only less than 0.1% of that ever gets released. I guess the life wouldn’t have it otherwise.

Below some random snapshots from this transitional period. Paris is love, a home in this galaxy of ours.